Want More Instagram Followers? – Be Tactical But In A Good Sense!

Revolutionary Desktop Software Will Help Save People Hundreds of Dollars

January 28, 2015 – Not many individuals can afford the luxury of owning a smartphone and PC or laptop. Nevertheless, there may no longer be any need to own both devices, if Pavel Kostal achieves his US $10,000 target on Indiegogo needed to develop revolutionary software that turns the smartphone into a desktop.

Today’s smartphone allows users to do just about anything, but with Kostal’s desktop software the smartphone will become a whole lot smarter. The desktop software will enable users to view pictures videos, use the suite similar to Microsoft programs including Word, Excel, PowerPoint and more. In addition users will be able to use their phone as a multimedia center and browse the internet much the same way as it is done on a normal computer.

The desktop software can be operated through wired or wireless connections. For wired connections all that is required is to insert the phone into a docking device and within seconds the phone can be used as a desktop computer. The screen will display all the programs for use with an external monitor.

For wireless connections, users will need to click on a specific icon on their phone and it will instantly connect to the television. Most importantly, users will still be able to access the all the functions on their phone during the wired and wireless mode.

When asked what inspired him to create this magnificent software, Kostal said: “When I bought a smartphone with TV output three years ago, I thought it would have been great to be able to use my phone as a second computer. Hence, I started creating software which would enable me to make my phone a workstation similar to a computer. After three years, I succeeded in developing software that met my demanding requirements.”

He further added, “I will need a lot of money to pay for the development of the software itself including: sponsoring developers to modify their programs, and travels to mobile phone and operating system producers. It won’t be easy, but I believe that if you can imagine something, you can also make it a reality.”

Revolutionary Desktop will help individuals save money especially if they are unable to afford a laptop, PC or multimedia center. And since people always have their smartphone with them, the software will also prove very convenient to travelers and business people who cannot be bothered to lug about with their notebook.

Already, the revolutionary desktop software is creating a buzz on social networking platforms as many individuals are excited about the prospects of the software. Individuals who want to help revolutionize the future of technology can contribute to this campaign with $1 or more. Donations of $10 and more will give contributors the opportunity to own versions of the revolutionary desktop. For further information or to make a donation, visit: https://www.indiegogo.com/projects/revolutionary-desktop-use-your-phone-like-pc/ 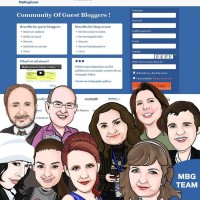